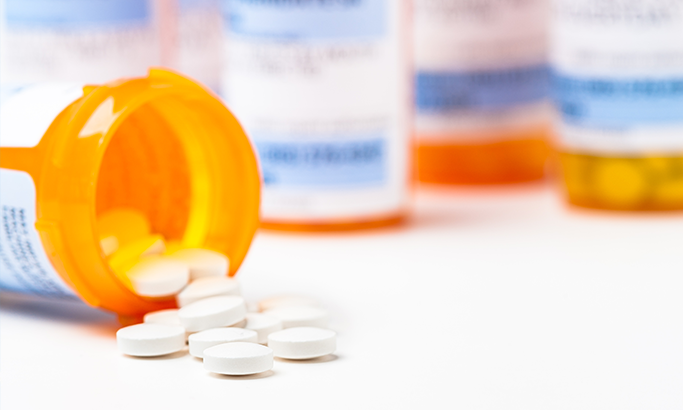 Next year, CMS requires hospitals to submit the new Opioid eCQM to the IQR program. The data you submit will be publicly reported. This new eCQM does more than tell the public about your hospital’s prescribing practices. You can use it to improve patient care and do your part to reduce opioid addiction and overdoses.

As all effective quality directors like you do, let’s look for some clues in the data. Then we’ll talk about where CMS’ new opioid eCQM fits into the situation and how your hospital or health system can use it to help your patients and communities.

The Opioid Epidemic by the Numbers

In February, HHS’ Office of the Inspector General released data on Medicare beneficiaries with Part D drug benefits who filled a short-term opioid prescription from January 2020 through August 2020. Short-term means the prescription was for seven days or less. Here’s what the data showed:

“The decline is likely due to elective surgeries being postponed during the early months of the pandemic, particularly in April,” the agency said in its report.

Meanwhile, the Centers for Disease Control and Prevention also released data on drug overdoses during the pandemic in December 2020. Here’s what the CDC data showed:

When you put it all together, the data tell you that the pandemic exacerbated the opioid crisis. It also tells you that what hospitals and health systems do in terms of performing medical procedures and prescribing drugs has a direct effect on the extent of the crisis. There’s no denying it.

This is why CMS’ new opioid eCQM is so important. The measure itself is simple: It’s the percentage of your eligible inpatient population discharged with two or more opioid prescriptions, or an opioid and a benzodiazepine prescription. When patients receive more than the clinically appropriate number of prescriptions, the chances of addiction and overdoses go up.

Reporting the eCQM to CMS is voluntary this year and mandatory starting on Jan. 1, 2022. CMS will make the eCQM public for each hospital on its Care Compare website (previously called Hospital Compare).

For a detailed explanation of how to build and submit the new Safe Use of Opioids eCQM, please:

Though the measure itself is simple, its power is immense if you know how to tap into it. Like we say at Medisolv, you’re not checking off a box. You’re making care safer and more effective for your patients.

What are you supposed to do with the new opioid eCQM other than report it to CMS and tell the world how many of your patients leave with more than the recommended quantity of prescriptions? Your journey starts with wanting to know why.

Step 1: Why were they prescribed?
Understanding the “why” behind providers’ actions is the first step. For example, if your hospital discharged 10 patients in the last three months with prescriptions for two or more opioids, or for an opioid and a benzodiazepine, you would start by checking the patients’ medical records. Is there a rationale or diagnosis that would make it clinically appropriate for patients to receive those prescriptions upon discharge? If yes, you’re done. As we cover in the opioid implementation articles, CMS doesn’t expect your performance rate to be zero. They recognize that there are situations that justify the need for two opioids.

Step 2: Who prescribed them?
Without clinical justification, the next question you would ask as a quality director is who is prescribing these drugs. Did one provider write all the opioid and benzodiazepine prescriptions a patient was discharged with, or did they come from different sources?

Step 3: What was the reason for prescribing them?
Regardless of whether it’s the same clinician or two or more different clinicians who prescribed the drugs concurrently, the next question to ask is what the reasoning was for prescribing them. The answers to that question then determine the structural or process actions you need to take to mitigate multiple opioid prescriptions in the future.

2. EHR alerts. It could be that Doctor A prescribed an opioid to a discharged patient, not realizing that the patient already is on an opioid, prescribed by Doctor B, and the hospital auto-filled the original prescription for the patient upon discharge. Maybe that warrants an alert in the EHR to avoid duplicative opioid or benzodiazepine prescriptions.

3. Discharge planning. It could be that no one reconciled the patient’s medications before discharge, and they left with one too many opioid prescriptions. Or, if two or more prescriptions were warranted clinically, the patient and their family should be educated on the addiction and overdose risks.

4. PDMPs. It could be that the prescriber is unaware of the patient’s prescription history and their previous behaviors. Prescription Drug Monitoring Programs (PDMPs) look to be the most promising intervention to improve unnecessary opioid prescription. A PDMP is an actively managed electronic database that allows clinicians to see patients’ prescribing histories and make informed decisions regarding future prescriptions.

Your process for identifying patients and prescribers, and then finding and reducing unnecessary opioid and benzodiazepine prescriptions, should be the same no matter what your eCQM performance rate turns out to be. There is no standard (threshold) of what’s acceptable in terms of percentage of discharged patients getting concurrent prescriptions. Your job is to continuously improve your performance no matter where you start or how your hospital or health system compares with other hospitals and health systems.

Rest assured, when the numbers go public next year, everyone, including CMS, lawmakers, the media, payers and your competitors, will see wide variations in prescribing patterns across hospitals and across the country. The time to start collecting your data and putting the structures and processes in place to improve your outcomes is now.

Kristen Beatson is the Vice President of Electronic Measures at Medisolv, Inc.